Revisiting the Role of Collaboration in Creating Breakthrough Inventions

Is teamwork better than working alone for creating breakthrough inventions? We challenge the widely accepted affirmative answer to this question. Extant research has consistently found that lone inventors significantly underperform teams in creating breakthroughs; thus it extols the benefits of teamwork while neglecting the role of single inventors. This paper offers an important counterweight to those empirical results by identifying a fundamental contingency under which teams might or might not outperform lone inventors: the degree of decomposability of the invention. By ignoring this contingency, past literature has systematically underestimated the role that lone inventors can play for companies. We use utility and design patent data for 1985–2009 to compare the effect—on the probability of creating a breakthrough—of working alone versus working with a team. Results: For utility patents, we do find that working alone reduces the likelihood of achieving a breakthrough. Yet this disadvantage of lone inventors is not evident for design patents. We theorize that the nearly nondecomposable nature of design is a major factor contributing to lone designers’ relative efficacy of achieving breakthroughs. This theory is then tested in the context of utility patents, where we can observe variation in inventions’ decomposability. We find that technology inventions that are difficult to decompose also relatively advantage lone inventors compared with teams, and we demonstrate that this finding reflects greater coordination costs when such inventions are attempted by teams. If one takes a myopic view of collaboration’s role, then our results suggest that working with others does not help develop outstanding nondecomposable inventions. Yet taking a long-term view reveals that lone inventors benefit more than do teams from having collaborated with others in the past. In fact, we find that past collaborations can help lone inventors outperform teams with regard to developing nondecomposable inventions. ast research has suggested that collaboration is universally beneficial in creating breakthrough inventions. However, such efforts have ignored crucial contingencies: we show why inventors should explicitly consider both the targeted invention’s decomposability and their own history of collaboration when deciding whether or not to work with a team on a given innovation.

Pseudocode for measuring “decomposability” of a (utility) patent

I use this approach to show that an inventor is more likely to create breakthroughs when working alone (compared to working with others) especially when working on integral inventions (see paper and a shorter version on HBR online).

I use CoreNLP to identify the noun phrase. 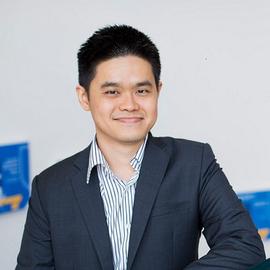 Scholar researching and teaching in the areas of operations and innovation management.